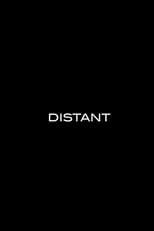 Director Josh Gordon, Will Speck CastAnthony Ramos, Naomi Scott & Kristofer HivjuRelease Jan 27th, 2023 After crash-landing on an alien planet, an asteroid miner must contend with the challenges of his new surroundings, while making his way across the harsh terrain to the only other survivor – a woman who is trapped in her escape pod.
Distant is directed by Josh Gordon, Will Speck and was released on Jan 27th, 2023.

Where can you stream Distant: Not yet streaming online