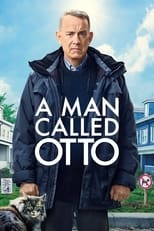 Director Marc Forster CastTom Hanks, Mariana Treviño & Rachel KellerRelease Jan 13th, 2023 The story of Otto Anderson, a grumpy widower who is very set in his ways. When a lively young family moves in next door, he meets his match in quick-witted and very pregnant Marisol, leading to an unlikely friendship that will turn his world upside-down.
A Man Called Otto is directed by Marc Forster and will premiere on Jan 13th, 2023.

Where can you stream A Man Called Otto: Not yet streaming online