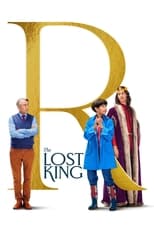 Director Stephen Frears CastSally Hawkins, Steve Coogan & Harry LloydRelease Oct 7th, 2022 An amateur historian defies the academic establishment in her efforts to find King Richard III's remains, which were lost for over 500 years.
The Lost King is directed by Stephen Frears and was released on Oct 7th, 2022.

Where can you stream The Lost King: Not yet streaming online