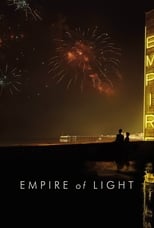 Director Sam Mendes CastOlivia Colman, Micheal Ward & Toby JonesRelease Dec 9th, 2022 A love story set in and around an old cinema on the South Coast of England in the 1980s.
Empire of Light is directed by Sam Mendes and was released on Dec 9th, 2022.

Where can you stream Empire of Light: Not yet streaming online