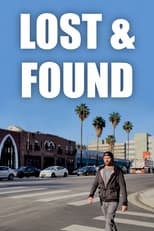 Director Kevin Roman CastSean Deeds, & Release Feb 1st, 2022 An inspiring documentary about overcoming homelessness and addiction in the City of Los Angeles.
Lost and Found is directed by Kevin Roman and was released on Feb 1st, 2022.

Where can you stream Lost and Found: Not yet streaming online