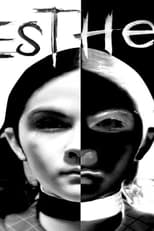 Director William Brent Bell CastIsabelle Fuhrman, Julia Stiles & Rossif SutherlandRelease Jan 28th, 2022 Leena Klammer orchestrates a brilliant escape from an Estonian psychiatric facility and travels to America by impersonating the missing daughter of a wealthy family. But Leena’s new life as “Esther” comes with an unexpected wrinkle and pits her against a mother who will protect her family at any cost.
Orphan: First Kill is directed by William Brent Bell and will premiere on Jan 28th, 2022.

Where can you stream Orphan: First Kill: Not yet streaming online

No trailer released yet
Stay up to date with the streaming options of Orphan: First Kill & other streaming releases