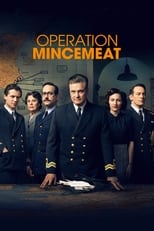 Director John Madden CastColin Firth, Matthew Macfadyen & Johnny FlynnRelease May 11th, 2022 In 1943, two British intelligence officers concoct Operation Mincemeat, wherein their plan to drop a corpse with false papers off the coast of Spain would fool Nazi spies into believing the Allied forces were planning to attack by way of Greece rather than Sicily.
Operation Mincemeat is directed by John Madden and was released on May 11th, 2022.

Where can you stream Operation Mincemeat: Not yet streaming online DVD/Bluray via Amazon