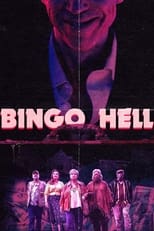 Director Gigi Saul Guerrero CastAdriana Barraza, L. Scott Caldwell & Clayton LandeyRelease Oct 1st, 2021 In the Barrio of Oak Springs live a strong and stubborn group of elderly friends who refuse to be gentrified. Their leader, Lupita, keeps them together as a community, a family. But little did they know, their beloved Bingo hall is about to be sold to a much more powerful force than money itself.
Bingo Hell is directed by Gigi Saul Guerrero and was released on Oct 1st, 2021.

Where can you stream Bingo Hell: '