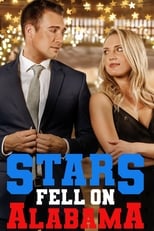 Director V.W. Scheich CastCiara Hanna, James Maslow & Release Jan 8th, 2021 Successful Hollywood agent Bryce Dixon is returning to Alabama for the first time in 15 years for his high school reunion. When he learns he's the only one of his friends who isn't married with children, he convinces his client, starlet Madison Belle, to pretend to be his girlfriend. But he soon learns that success has different meanings, and romance may be closer than he thinks.
Stars Fell on Alabama is directed by V.W. Scheich and was released on Jan 8th, 2021.

Where can you stream Stars Fell on Alabama: