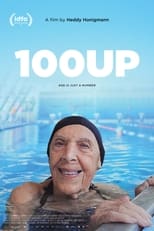 Director Heddy Honigmann Cast, & Release Jun 10th, 2021 100UP is a film which investigates the will to live. It portrays a colourful selection of 100+ year old people from all over the world. They have lived for over a century and witnessed great historical events, but instead of dwelling on the past, they look ahead. With the clock inevitably ticking, these centenarians cling to life, set new goals with a joie de vivre, refusing to admit the betrayal...
100UP is directed by Heddy Honigmann and was released on Jun 10th, 2021.

Where can you stream 100UP: Not yet streaming online