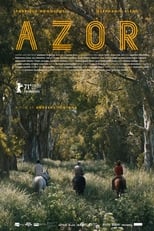 Director Andreas Fontana CastFabrizio Rongione, Stéphanie Cléau & Elli MedeirosRelease TBA Yvan De Wiel, a private banker from Geneva, is going to an Argentina in the midst of a dictatorship to replace his partner, the object of the most worrying rumours, who disappeared overnight. Between hushed lounges, swimming pools and gardens under surveillance, a remote duel between two bankers who, despite different methods, are the accomplices of a discreet and merciless form of colonization.
Azor is directed by Andreas Fontana and was released on TBA.

Where can you stream Azor: Not yet streaming online