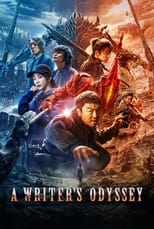 Director Yang Lu CastLei Jiayin, Yang Mi & Dong ZijianRelease Feb 12th, 2021 Kongwen Lu is the author of a fantasy novel series following a heroic teenager, also named Kongwen, on a quest to end the tyrannical rule of Lord Redmane, under the guidance of a Black Armor. But through a strange twist of fate, the fantasy world of the novel begins to impact life in the real world, leading Guan Ning to accept a mission from Tu Ling to kill the author.
Assassin in Red is directed by Yang Lu and was released on Feb 12th, 2021.

Where can you stream Assassin in Red: Not yet streaming online