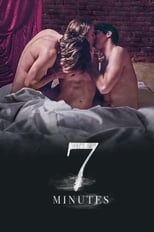 Director Ricky Mastro CastAntoine Herbez, Clement Naline & Valentin MalguyRelease Oct 13th, 2020 Jean discovers his son Maxime and his boyfriend hanged in a hotel room. According to the post-mortem, Maxime died from an overdose of GHB exactly seven minutes after his boyfriend. Jean will start to investigate further to find out more details, ending up in an infamous club where he will meet Fabien, who will change his life forever.
7 minutes is directed by Ricky Mastro and was released on Oct 13th, 2020.

Where can you stream 7 minutes: