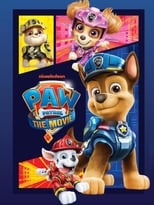 Director Cal Brunker Cast, & Release Aug 20th, 2021 Ryder and the pups are called to Adventure City to stop Mayor Humdinger from turning the bustling metropolis into a state of chaos. Get ready for exciting missions, high-stake rescues, new pups and amazing new vehicles making this the biggest PAW Patrol story ever! No city is too big; no pup is too small!
PAW Patrol: The Movie is directed by Cal Brunker and will premiere on Aug 20th, 2021.

Where can you stream PAW Patrol: The Movie: Not yet streaming online

No trailer released yet
Stay up to date with the streaming options of PAW Patrol: The Movie & other streaming releases