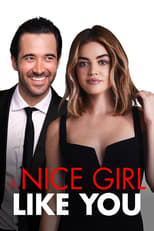 Director Chris Riedell, Nick Riedell CastLucy Hale, Leonidas Gulaptis & Mindy CohnRelease Jul 17th, 2020 Lucy Neal is thrown for a loop when she is accused of being too inhibited by her ex-boyfriend. In an effort to prove him wrong, Lucy creates a rather wild to-do list that sends her on a whirlwind and surprising journey of self-discovery, friendship, and new love.
A Nice Girl Like You is directed by Chris Riedell, Nick Riedell and was released on Jul 17th, 2020.

Where can you stream A Nice Girl Like You: