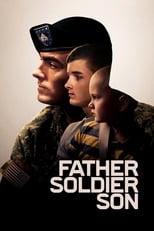 Where can you stream Father Soldier Son: