The film maverick who brought us instant classics like Blow Out, Body Double and Scarface received the prestigious award at the Venice Film Festival that is currently going on.

De Palma’s films have often divided film critics. The director himself acknowledged this at the festival: ‘In this business, you got to have a sense of humor. When you think they’re gonna hate your movie, they seem to like it. And when you think you made your masterpiece, they think it’s terrible’. 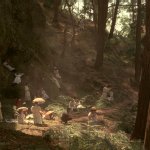 Down Under Cinema: de Australische Cinema in Perspectief 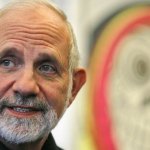