Some loser on this website recently posted a piece about Kickstarter backed film projects. Said loser is now going to milk that idea further and turn attention towards the world of crowd funded documentaries. Said loser would also like to inform the reader that due to Christmas and New Years festivities he is currently dealing with a huge cumulative hangover. One for all you Archer fans out there. Like the previous list, all of the following projects have been either entirely or partially funded through publicly backed money. Money well spent I may add.

Milo, the alternative hip hop grandmaster, ‘dreams of a world with a black Bobby Fischer’ and Brooklyn Castle depicts a world where that dream can easily come true. IS 318 is not a school, rather a conveyer belt. It is a powerhouse churning out chess prodigy after chess prodigy that really puts the rook in Brooklyn. They’re the Yankees of the chess world. But unlike other successful sports franchises you don’t hate them. You want these inner city, chess playing nerds-come-jocks to win. You end up rooting for them. Especially as the economy is failing, forcing schools to make financial cuts across the board, which in turn creates an incredibly meta scenario, as IS 318 turns to the local community for funds. Yet amidst all this weird meta chaos of sacrifices and stalemates a girl called Rochelle remains a constant. She is possibly the most likeable and brilliant person ever captured on film, and with a brain capable of Precog like permutations, Milo’s dream may be better than first thought. We’re living in a world with a black Bobbi Fischer.

On average, every minute, your body creates and destroys approximately 120 million red blood cells. You take around 20 breaths, your heart beats between 60-70 times, your eyes blink around 15 times and any number of weird thoughts cross your brain. Inocente is forty minutes long. So that’s 4.8 billion red blood cells, 800 breaths, around 2600 heartbeats and 600 blinks. And it’s worth it. Every breath, beat and blood cell your body expends to allow you to function and watch this, is worth it. It’s really, really good. And I think I’ll leave it at that.

Like the kids in Rich Hill, Missouri, I was taught that life is about how you handle yourself. I don’t know if I handle myself that well. For instance I meet a girl on the train on New Years Eve. And then my mind kicks in. She has piercings and cool tattoos. I bet she only likes guys with cool tattoos. You don’t have any cool tattoos. She probably fawns over Mac Demarco’s gap tooth grin and goes after guys emblazoned with Supreme who are engulfed by ennui. She says she likes The Simpsons. Tell her you have a Simpsons poster on your wall. And an Adventure Time one. Of course she loves cats because you’re allergic to them. Say something, so what if she has eyes like a light polluted sky and a voice that could warm soup, stop being inane. I bet she has a name that suits her. She’s getting off at your stop, do something. I tried to ask for her number, I really did, but all I fumbled out was Happy New Year.

Alright, I promise I’ll talk about the documentary this time. Sort of. Environmental refugee is a term we may start hearing a lot this year. It means someone who has been forced from their homeland due to the effects of global warming. In the case of the inhabitants of the Catarets Islands off the coast of Papua New Guinea, it’s rising sea levels. But this raises the question, how do you move these islanders whilst still preserving any sense of culture or heritage? Tribal stoicism and ingenuity will surely be eroded away with the rocks on the beaches. Sun Come Up is valiant, it attempts to illustrate these complications with some beautiful and harrowing cinematography and allows the islanders a voice to be heard. But perhaps the most lasting image comes in the form of one frank answer during a radio interview. ‘Will the island sink first or will everyone die of hunger?…’Everyone will die of hunger’. This is a message in a bottle, and it feels like being glassed.

Nobody ever notices who the photographer is. Just the developed picture or the camera itself. It’s probably why selfies have now become so popular. And nowadays everybody takes photos, either of their baby, their car, or just to let everyone know they’ve been to Starbucks. But Vivian Maier, she was a photographer. The sheer volume of negatives along with the outstanding quality caused them to be purchased at a small Chicago auctionhouse by historian John Maloof. But not even he expected to find such a treasure chest.  With a style that sits somewhere between American Gothic and Edward Hopper, Maier captured day to day life on the streets with staggering beauty and clarity. But, like many artists, the intrigue in this documentary comes in the form of Maier herself. A cryptic, shadowy nanny who hid her talents from the world with no family and no real legacy until her pictures were developed. Little is know of her, yet she may be the best photographer of the 20th century. I mean, you could even say, these are the (pola)roids we’re looking for. I’ll move on now.

James Armstrong is a person worth making a documentary about. He was a barber in Birmingham, Alabama. In most barber shops you struggle to make small talk about holidays and the pictures on the wall are of people with nice haircuts who definitely didn’t get them from the chair you are sitting in. This is not the case in Armstrong’s establishment. He was a foot soldier for the civil rights movement in America, and his pictures are of civil rights leaders from all over the world. Some of whom have actually sat in his chair. Whichever way I describe James Armstrong to you won’t really come close to doing him justice. All I can really describe is his voice, a thick Southern drawl that’s almost impossible to decipher, yet you always pick out the word struggle. Or change. Filmed just before the 2008 US election, Armstrong recounts his life to you. It’s one worth listening to. It’s one worth telling everyone. 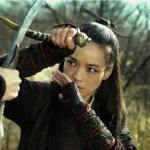 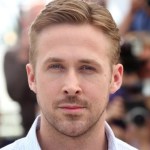