This list and top holds 35 of the most interesting socioeconomic documentaries of the 2010’s. Scroll down to have a look, the subjects in these films run very broad. If you are looking for documentaries about conflicts in the Middle East, there is a separate list coming for those, soon.

Socioeconomic / Internet / Religion documentaries to watch out for in 2014 & 2015

After a couple of documentaries yet to be released, you will find the top 35 of the 2010’s.

The government is spying on us. This is the story of Edward Snowden who exposed NSA’s secret ‘surveillance’ programs and had to flee to Russia.

In search for jobs and the wealth oil has to offer, a small town called Williston in North Dakota has difficulties to house all the unemployed immigrants. The local church decides to open its doors.

Although I find it kind of strange that gay people who are usually very open minded and progressive, want to commit themselves into a conservative concept as marriage, I still think everybody has the right to these kind of things. It’s just ridiculous and an injustice if people are forbidden to celebrate their love in that traditional glorifying way which sometimes can be the better financial thing to do. So I definitely support gay marriage and am looking forward to see this documentary about the fight for the right to marry.

Getting out of Vietnam in 1975. Perhaps contains some tips & tricks for the Americans in Iraq today.

People like Ricky Gervais, Woody Allen and Cameron Diaz give their view on religion and atheism. Sometimes atheism seems not too far of a religion itself, and a really hyped one.

Pilgrims have to take a cableway to get to the Manakamana temple. A camera films them on their journey in the sky.

The Westboro Baptist Church is hated in America because they hate Americans so much. Louis Theroux visited them in 2007 and reported a crazy interesting episode about these nutcases that go protest at every soldier funeral about how he is a fag and stuff. He revisited the family four years later and it’s maybe not as interesting as the first one but still quite fascinating. Some of them have left the church after the first documentary…

First, this seems to be a documentary about astronomy and archeology but it’s actually about the horrible events under Pinochet’s leadership.

The fifties housing project called Pruitt-Igoe meant to be a fantastic solution to the immense growth of population. It turned out to be a disaster.

The police attacked a group of families living together like they were the biggest threat of society ever. They bombed it (literally) like Vietnam. Sad story that actually summarizes America’s military policy around the world.

Again a documentary partly about people living together in a social community. Interesting philosophical conversations get thrown in with atmospheric images of isolation and emotion, as usual with Ben Rivers, sometimes very slow cinema.

What are we actually agreeing to all the time?

Who were exactly the bad guys in the Nicaraguan Revolution? The Clash had a reason calling one of their great albums Sandinista!

From television, the Cold War, JFK, Vietnam, the Civil Rights Movement, the Beatles, the moon, student revolutions to ‘Sex, Drugs & Rock ‘n’ Roll’, the American sixties had it all.

Even Amsterdam has got her organized crime, which is called ‘penose’. In this film, we follow some gang members and friends in their ways and their evolution trough the years

The very rich have more wealth than you think, and most of it is just sitting there on a bank account.

Recognize this? Then you will like this history of downloading.

The American free market even reaches their politics. They are literally for sale. Really sad. Their so called democracy isn’t anything but a naïve fairytale but that’s nothing new off course. We’re following a republican trying to get his voice heard.

How easy it is to fool everyone you are a spiritual guru, especially if you look somewhat oriental.

These days, everyone seems to hate Ronald Reagan, but why is that?

It’s ridiculous how the Koch brothers have their hands in everything. They simply seem to have more influence in important American facilities than president Obama himself: education, healthcare, the media, etc.

Interesting images from the age of the Civil Rights Movement.

Woody Harrelson makes us think twice about a couple of things like who’s in power, our consumerism, Iraq, etc.

A clear explanation of Wall Street’s risk behavior and influence on the crisis of 2007.

Being a parking lot attendant seems not to be that bad a job at all. The stories and creativity of these dorks are very sympathetic and inspirational.

The ruling authorities in Lagos, Nigeria handle their law and order in frightening ways.

Interesting, confusing protest-flick about social rights, nature and being gay.

Sugar addiction is becoming a western epidemic. A few years back, I was addicted as well, luckily I had a fast metabolism. We have to watch out what we feed our children with before everyone gets diabetes and obesity.

An episode in the fantastic Up Series, be sure to watch them all as they are wildly interesting and entertaining.
Every seven years, filmmaker Apted revisited the same group of people and documented their lives. The starting group consisted of children of different social classes. Very fascinating to see them unfold their personalities. And the filmmakers did pick some lucky peculiar cases, believe me.

It follows three youngsters in a poor village in the Mid-West of the States. Sticking with their poor families, it proves to be hard to rise out of their financial state.

4. The Internet’s Own Boy: The Story of Aaron Swartz (Brian Knappenberger, 2014)

Although sometimes a bit sentimental, this film gives a clear message about what the Internet is, how it is wonderful and how we have to carry on the fight to keep it and make it more democratic and free. Wünderkind and fascinating human Aaron Swartz died because of his struggles of spreading information and using the internet to make the world a better place. If you don’t know what I’m talking about, watch it tonight if you can! (above)

Religion and culture à volontè. An almost perfect image of the beauty and deficiencies of humanity today.

Topic: The price of education

There is an economic crisis going on so there have to happen some cut-backs.  A lot of the time, education is a victim and students suffer. More and more, we are going back to a time where only the more privileged can enter good study facilities. Follow interesting discussions about education and more in this fascinating new documentary by master Frederick Wiseman.

Topic: Social networking on the internet

Although the guys keep saying it’s all real, this film is a genius story about meeting online and falling in love. I will not say too much because it would spoil the fun, just watch it. 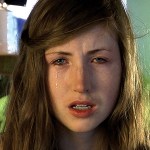 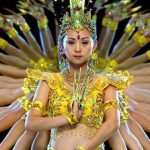