This top 27 of the best nature documentaries of the 2010s comprises a list of films not only about traveling and discovering how beautiful nature is but also about humanity’s ambiguous relation with it. This list is about how we can preserve the environment, the animal kingdom included, how we are ruining it, how we can learn from, use or exploit it. How mother nature has a grip on our lives, how we have to battle diseases or death and the immense importance of documenting it all. Film being the best way to do that, check out my choices below.

First, some interesting documentaries to be yet released. After that, the top 27 of the 2010’s.

About an insane asylum where mad men are put together. Some were extremely annoying, others were murderers. All under one roof, that has to be nice and cosy.

Healthcare in the emergency room.

UNESCO tries to preserve the Virunga National Park in East-Congo and all of its riches, fauna and flora against poachers and cutters.

How a couple of scientists, funded by corporations, have been able to obscure the medical truths of issues from tobacco smoke to global warming.

Everything you always wanted to know about the female reproductive organs but were afraid to ask.

From half a million lions to only twenty thousand left in fifty years, everything goes to hell real fast these days. We are losing a lot by being selfish and not giving a damn as you will see in other documentaries below as well.

The Sensory Ethnography Lab (SEL) delivers innovative ethnographic works that stand out aesthetically. Manakamana shows in ‘slow cinema’ style, Nepali pilgrims going up and down a cable ride to pray at the temple of Manakamana. “Most works produced in the SEL take as their subject the bodily praxis and affective fabric of human and animal existence.” Leviathan (2012) as well has been one of their projects.

A man lives on his own at the sea, Ben Rivers documents it, and the guy knows it. Meta ‘slow cinema’ but beautiful and gives you a sea of time to think, like other Ben Rivers films.

Beautiful images of the tough life of Russian trappers in a village at the Yinesei River in the Siberian Taiga.

You’re probably bored with documentaries about global warming, people claiming “the ice caps are melting“, the end is nigh, we’re all doomed, etc. But this guy, james Balog, shows and proves the inconvenient truth with his amazing but frightening photographs and videos. If you like it or not, we have to realize that the ice caps are melting, faster than ever.

Louis Theroux, I love his interviewing style (you will find out further along), meets America’s most dangerous pets. People are crazy sometimes, a tiger, a bavoon, why not?

His whole life, Jiro tried to make the most perfect sushi. A three star restaurant, only ten people at a time, he charges them really well off course. Being famous, rich, workaholic but already 85, he wants to make sure his oldest son will take over his restaurant successfully.

Dallas Buyers Club (Jean-Marc Vallée, 2013) in real life. People were dying so unqualified Aids patients had to figure out their own medical treatments when the prejudiced society and commercial industry were failing short.

Yes, the guy puts his tap water on fire. Josh Fox says fracking ruins the water in large areas of America. Hydraulic fracturing is a way to pump shale gas out of the ground, which is an excellent alternative for Middle-East oil… You can see why it is so important. Journalist McAleer claims Fox is exaggerating, because for instance the water has always been flammable in those regions. Besides, he suspects Fox of being subsidized by the Russians. On the other side, McAleer has got funds as well, but this time from the natural gas industry. Maybe both guys just did these films to get their own opportunistic dime out of the scandal or maybe they are just ideologists in their own right, who knows, it just results in very interesting ‘michael moore’ documentary making that set you to think a bit more. GasLand 2 is more of the same but more detailed and remembers BP’s major oil spill in the Gulf of Mexico a couple of years ago. Watch The Big Fix (Joshua Tickell, 2011) for more about that. Gus Van Sant made an interesting movie on the shale gas question, Promised Land (Gus Van Sant, 2012). In the end, the films prove nothing is black or white, but mostly complex grey. We have to keep that in mind, all the time.

Testimonies from the vulnerable and horrible early days of Aids.

Youtube-users all over the world were asked to document their lives. The result is refreshing and exposes the new media’s endless possibilities. Quite a digital revolution.

Very touching portrait of a South-Korean deaf-blind that is reminiscent of Werner Herzog’s Land of Silence and Darkness (1971). For an hour and a half, you’ll get a sense of their frightening world where the most banal things can be dreams, like having a run in the park.

Again, a really emotional and sad portrait of a woman that is dying. She has cancer and her pain grows every week she gets closer to death. She pleads that people in the same situation must have an easy way out. In Oregon they already allow this kind of suicide.

A chimpanzee called Nim was dropped into a human family in the seventies and they had to raise him like a baby. Did Nim learn the human sign language? Or did he just learn how to beg for food?

Thinking they established a real, emotional friendship connection with the big blackfish or orca or as well known as the killer whale, they risk their lives on doing dangerous tricks with them.

Proposing a raw material-based economy. A utopia too good to be true or actually possible?

We produce a lot of nuclear waste that is going to outlast many generations after us. Scientists try to preserve it safely by putting it deep underground. But what if thousands of years after us, other intelligent species bump into this dangerous radioactive stuff? Will their archaeological curiosity trick them into disease and death? 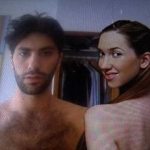