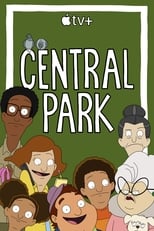 CreatorJosh GadCastJosh Gad, Leslie Odom Jr. & Kristen BellNetwork Apple TV+ Air Date May 29th, 2020 An animated musical comedy about the Tillermans, a family that lives in a castle in Central Park. Owen, the park manager, and Paige, his journalist wife, raise their kids Molly and Cole in the world’s most famous park, while fending off a hotel heiress, Bitsy Brandenham, who would love nothing more than to turn the park into condos.

Where can you stream Central Park? DVD/Bluray via Amazon