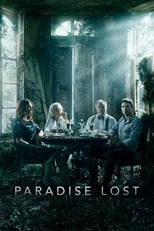 CreatorRodes FishburneCastBridget Regan, Josh Hartnett & Barbara HersheyNetwork Spectrum Air Date Apr 13th, 2020 A psychiatrist moves with her family from California to her husband’s hometown in Mississippi only to uncover shameful secrets that irrevocably change the lives of everyone involved.

Where can you stream Paradise Lost? DVD/Bluray via Amazon