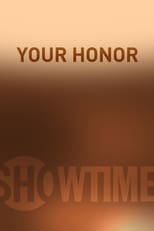 CreatorPeter MoffatCastBryan Cranston, Michael Stuhlbarg & Sofia Black-D'EliaNetwork Showtime Air Date TBA The son of a respected judge is involved in a hit-and-run that leads to a high-stakes game of lies, deceit and impossible choices. A legal thriller that rips through all strata of New Orleans society.

Where can you stream Your Honor? DVD/Bluray via Amazon

On Drama TV Series Your Honor first aired on Showtime. Written and created by Peter Moffat, and produced by King Size Productions & CBS Television Studios, .
IMDb Rating: /10 Your Honor Official page on ShowtimeAll Seasons: 1 All Episodes: 3 Average Episode length: minutes Seasons
Darkness: Those Who Kill
Little Fires Everywhere
We use cookies to ensure that we give you the best experience on our website. If you continue to use this site we will assume that you are happy with it.Ok