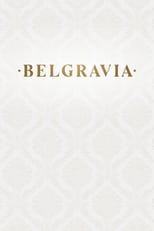 CreatorJulian FellowesCastAlice Eve, Tamsin Greig & Philip GlenisterNetwork ITV Air Date Apr 12th, 2020 A tale of secrets and scandals set in 1840s London. When the Trenchards accept an invitation to the now legendary ball hosted by the Duchess of Richmond on the fateful evening of the Battle of Waterloo, it sets in motion a series of events that will have consequences for decades to come as secrets unravel behind the porticoed doors of London’s grandest postcode.

Where can you stream Belgravia? DVD/Bluray via Amazon

On 2020-03-15 Drama TV Series Belgravia first aired on ITV. Written and created by Julian Fellowes, and produced by Carnival Films, Belgravia will return and was last broadcasted on 2020-03-22.
IMDb Rating: /10 Belgravia Official page on ITVAll Seasons: 1 All Episodes: 3 Average Episode length: 45 minutes Seasons Season 1 - 2020-03-15 with 3 Episodes
The Nevers
The Wheel of Time
We use cookies to ensure that we give you the best experience on our website. If you continue to use this site we will assume that you are happy with it.Ok