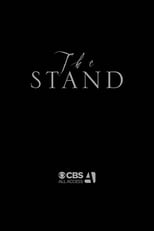 CreatorBenjamin CavellCastAlexander Skarsgård, James Marsden & Whoopi GoldbergNetwork CBS All Access Air Date Dec 17th, 2020 In a world mostly wiped out by the plague and embroiled in an elemental struggle between good and evil, the fate of mankind rests on the frail shoulders of the 108-year-old Mother Abagail and a handful of survivors. Their worst nightmares are embodied in a man with a lethal smile and unspeakable powers: Randall Flagg, the Dark Man.

Where can you stream The Stand?