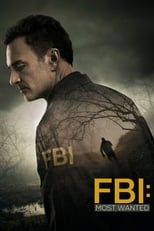 CreatorRené BalcerCastJulian McMahon, Kellan Lutz, Roxy Sternberg, Keisha Castle-HughesNetwork CBS Air Date Jan 7th, 2020 The Fugitive Task Force relentlessly tracks and captures the notorious criminals on the Bureau’s Most Wanted list. Seasoned agent Jess LaCroix oversees the highly skilled team that functions as a mobile undercover unit that is always out in the field, pursuing those who are most desperate to elude justice.

Where can you stream FBI: Most Wanted? DVD/Bluray via Amazon

Netflix
Stay up to date with the streaming options of FBI: Most Wanted & other streaming releases