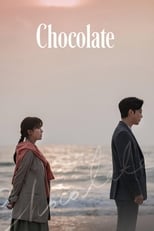 CreatorLee Kyoung-heeCastYoon Kye-sang, Ha Ji-won & Jang Seung-joNetwork Netflix Air Date Nov 29th, 2019 Lee Kang grew up in a small seaside town, dreaming of becoming a cook. He is now a neurosurgeon. He looks cold-hearted, but, in fact, he hides his warm heart.

When Moon Cha-Young was a child, she met Lee Kang at a small restaurant in the seaside town. Lee Kang cooked and gave her a meal. This is the happiest memory for Moon Cha-Young and it eventually led her to become a chef.
...

Where can you stream Chocolate?