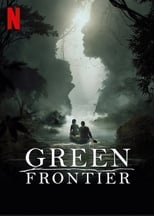 CreatorDiego Ramírez SchremppCastMiguel Dionisio Ramos, Ángela Cano & Juana del RíoNetwork Netflix Air Date Aug 16th, 2019 Deep in the Amazon, on the border of Brazil and Colombia, a series of bizarre deaths are investigated by a young female detective, Helena, and her partner, an indigenous policeman named Reynaldo. It becomes clear that the murders are not the biggest mystery within this jungle when the corpse of a particular young woman has no signs of aging. Simultaneously, we follow the story of Yua, and Ushe,...

Where can you stream Green Frontier?