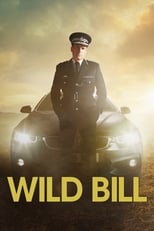 CreatorJim KeebleCastRob Lowe, Rachael Stirling & Aloreia SpencerNetwork ITV Air Date Jun 12th, 2019 When US Cop Bill Hixon, who is appointed chief of police in rural England, arrives in Boston, Lincolnshire, with his 14 year-old daughter Kelsey in tow, he’s hoping they can flee their painful recent past. But this unfamiliar, unimpressed community will force Bill to question everything about himself and leave him asking whether it’s Boston that needs Bill, or Bill that needs Boston?

Where can you stream Wild Bill?