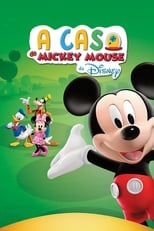 CreatorRoberts GannawayCastTony Anselmo, Bill Farmer, Tress MacNeille, Russi TaylorNetwork Disney Channel Air Date May 6th, 2006 Mickey Mouse Clubhouse is an American animated television series, that premiered in prime time on Disney Channel on May 5, 2006. The program was originally part of the Playhouse Disney daily block intended for preschoolers. On February 14, 2011, it was moved to the Disney Junior block, serving as Playhouse Disney's replacement. It is the only Mickey Mouse program to be aimed at preschoolers. The...

Where can you stream Mickey Mouse Clubhouse?