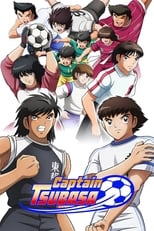 CreatorToshiyuki KatoCastYûko Sanpei, Nobuo Tanaka, Kenji Suzumura, Takuya SatoNetwork TV Tokyo Air Date Apr 3rd, 2018 The passionate story of an elementary school student whose thoughts and dreams revolve almost entirely around the love of soccer. 11-year-old Tsubasa Oozora started playing football at a very young age, and while it was mostly just a recreational sport for his friends, for him, it developed into something of an obsession. In order to pursue his dream to the best of his elementary school...

Where can you stream Captain Tsubasa? DVD/Bluray via Amazon