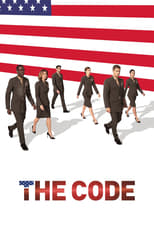 CreatorCraig SweenyCastAnna Wood, Ato Essandoh, Phillipa Soo, Raffi BarsoumianNetwork CBS Air Date Apr 9th, 2019 The military's brightest minds tackle the country's toughest legal challenges at the Marine Corps Base Quantico, where every attorney is trained as a prosecutor, a defense lawyer, an investigator, and a Marine. Working side-by-side, they serve their country with integrity while often putting aside ideals for the sake of the truth.

Where can you stream The Code?