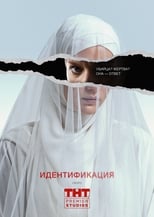 CreatorVladlena SanduCastKuralbek Chokoev, Anvar Osmonaliev & Roman VasilyevNetwork Premier Air Date Mar 27th, 2019 Blond Lera grew up without parents and without a home, until she became her own in the community of illegal Muslim immigrants from Kyrgyzstan. Now she works as a saleswoman in the clothing market in Moscow, sleeps with her married employer Bakir and secretly meets his younger brother Haman, who wants to marry her. Lera accepts the offer, but during the wedding Bakir attacks Leroux, and after a...

Where can you stream Identification? DVD/Bluray via Amazon

On 2022-02-17 Drama/Mystery TV Series Identification first aired on Premier. Written and created by , and produced by TV-3 Channel, Identification has ended and last broadcasted on 2022-03-31.
IMDb Rating: /10 All Seasons: 1 All Episodes: 8 Average Episode length: minutes Seasons Season 1 - 2022-02-17 with 8 Episodes
How Clumsy you are, Miss Ueno.
The Banker