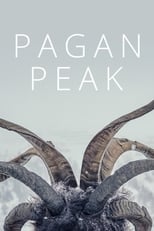 CreatorCyrill BossCastJulia Jentsch, Nicholas Ofczarek & Hanno KofflerNetwork Sky 1 Air Date Jan 25th, 2019 When a gruesomely staged body is found, propped up on a mountain pass in the Alps close to the German-Austrian border, two detectives are sent to investigate. For German detective Ellie, this is the first real challenge of her career; her Austrian counterpart Gedeon though seems to have lost any ambitions in his job. Very soon, they discover more crime scenes with symbolically posed victims,...

Where can you stream Pagan Peak? DVD/Bluray via Amazon