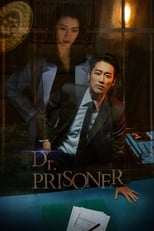 CastNam Goong-min, Kwon Na-ra & Kim Byung-chulNetwork KBS2 Air Date Mar 20th, 2019 An ace doctor in a university hospital is wrongfully accused of a medical malpractice incident and gets ousted from the hospital. He then applies to work at a prison, where he plans to make personal connections with all the big shots in prison with the ultimate goal of getting revenge against the hospital that kicked him out.

Where can you stream Doctor Prisoner? DVD/Bluray via Amazon