Filippino TV series
CreatorOgie AlcasidCastAngel Locsin, JC de Vera, Paulo Avelino, Tirso Cruz IIINetwork ABS-CBN Air Date Feb 21st, 2019 2nd LT Rhian Bonifacio (Angel Locsin) is a Military Nurse for the AFP and is dedicated in saving lives. But she has a secret. She's a spy, trained by her very own father, Tiago (Tirso Crz III), to exact revenge against his enemy, Marcial (Albert Martinez), a general of the army. She will be wedged between the two forces because of her love for her family. Believing that what she's doing is for the...

Where can you stream The General’s Daughter? DVD/Bluray via Amazon 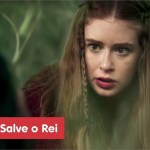