The Woman in White 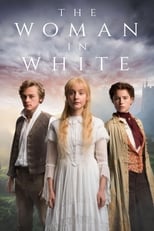 CreatorN/ACastOlivia Vinall, Jessie Buckley & Ben HardyNetwork BBC One Air Date Apr 22nd, 2018 The lives of two half-sisters and their drawing master get caught up in a deadly conspiracy revolving around a mentally ill woman dressed all in white.

Where can you stream The Woman in White? DVD/Bluray via Amazon