western TV series
CreatorScott Frank, Steven SoderberghCastIrena Ivanova, Ventzislav Konstantinov, Svezhen MladenovNetwork Air Date TBA The series based in the wild west of America in 1880s, where a an outlaw intends to hunt down his partner who has turned rogue, and the search brings him to a mysterious town that has only female population.

Where can you stream Godless? 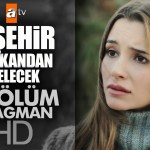