CreatorAmit Cohen, Ron Leshem, Daniel SyrkinCastRan Danker, Moni Moshonov, Mark Ivanir, Helena YaralovaNetwork yes Air Date Jan 4th, 2012 The plot follows a Russian couple who are working as undercover spies but they come face to face with their past when asked to surrender their son to Russian intelligence.

Where can you stream Ta Gordin? 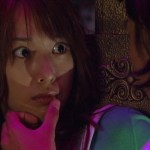