Creator Hagai Levi, Ori Sivan, Nir BergmanCastAssi DayanNetwork HOT3 Air Date Aug 28th, 2005 An interesting plot that follows a psychotherapist as he attends to his everyday patients and also keeps his appointment with his personal therapist.

Where can you stream BeTipul? 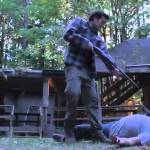