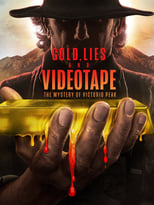 CastTerry Delonas, & Network Discovery Air Date Jan 13th, 2023 One family has been fighting for over 70 years to recover what they say is rightfully theirs—a $28 billion treasure buried deep inside a mountain in the New Mexico desert. Some believe the U.S. Government stole the 16,000 gold bars and priceless artifacts, while skeptics claim it never existed. Now, the family and its supporters reveal exclusive evidence to prove their case and crack open the...

Where can you stream Gold, Lies & Videotape? DVD/Bluray via Amazon

Netflix
Stay up to date with the streaming options of Gold, Lies & Videotape & other streaming releases