Odyssey: Behind the Myth 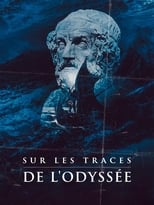 CreatorMassimo BregaNetwork Toute l'Histoire Air Date Jan 4th, 2023 Who was Homer, and what is the meaning of The Odyssey? In this documentary we follow the footsteps of Ulysses, also known by his Greek name Odysseus—a hero as relevant today as he was nearly three thousand years ago, on a journey across some of the most fascinating landscapes and seascapes of the Mediterranean region. With the help of prominent international scholars, we seek to resolve the...

Where can you stream Odyssey: Behind the Myth? DVD/Bluray via Amazon

Netflix
Stay up to date with the streaming options of Odyssey: Behind the Myth & other streaming releases

On 2023-01-04 Documentary TV Series Odyssey: Behind the Myth first aired on Toute l'Histoire. Written and created by Massimo Brega, and produced by Kepach, Odyssey: Behind the Myth will return and was last broadcasted on 2023-01-18.
IMDb Rating: /10 All Seasons: 1 All Episodes: 6 Average Episode length: minutes Seasons Season 1 - 2023-01-04 with 6 Episodes
Amanda & Alans Italian Job
Web of Death