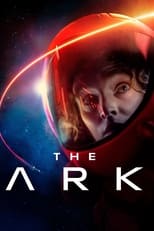 CreatorDean DevlinCastTiana Upcheva, Stacey Read & Christina WolfeNetwork Syfy Air Date Feb 1st, 2023 100 years in the future, planetary colonization missions have begun as a necessity to help secure the survival of the human race. The first of these missions on a spacecraft known as Ark One encounters a catastrophic event causing massive destruction and loss of life. With more than a year left to go before reaching their target planet, a lack of life-sustaining supplies and loss of leadership,...

Where can you stream The Ark? DVD/Bluray via Amazon