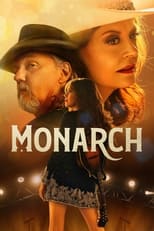 CreatorMelissa London HilfersCastSusan Sarandon, Anna Friel & Trace AdkinsNetwork FOX Air Date Sep 11th, 2022 The Romans, America’s first family of country music, are fiercely talented, but while their name is synonymous with honesty, the very foundation of their success is a lie. When their reign as country royalty is put in jeopardy, Nicky Roman, the heir to the crown, already battling an industry stacked against her, will stop at nothing to protect her family’s legacy.

Where can you stream Monarch? DVD/Bluray via Amazon