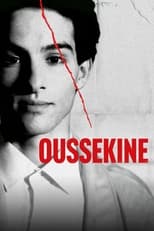 CreatorCédric IdoCastKad Merad, Sayyid El Alami & Hiam AbbassNetwork Disney+ Air Date May 11th, 2022 An examination of the terrible true events of December 5, 1986, that led to the death of a young student, Malik Oussekine. Centred on his family’s fight for justice, the series explores the enormous impact this high-profile case had on French society.

Where can you stream Oussekine? DVD/Bluray via Amazon