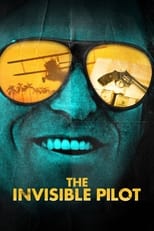 CastKonstantin Podprugin, Ray Buffer & Network HBO Air Date Apr 4th, 2022 The tale of a charismatic, daredevil husband and father who unexpectedly jumped off a bridge in 1977, despite a seemingly happy home life and a lucrative career as a pilot. His small-town Arkansas community searches for his body in vain while family and friends seek answers. Years later, a mysterious story emerges involving hypnosis, secret identities and a double life of dangerous missions and...

Where can you stream The Invisible Pilot? DVD/Bluray via Amazon