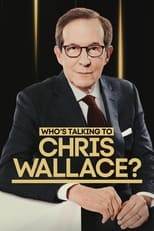 CastChris Wallace, & Network CNN+ Air Date Mar 29th, 2022 Chris Wallace, one of the most highly-respected journalists of our time, in candid conversations with prominent individuals across the spectrum of news, sports, entertainment, art and culture. Wallace moves outside of politics to include his wide range of interests – from interviews to conversations, and from headlines to smart, sensible, in-depth discussions. He seeks light, not heat.

Where can you stream Who’s Talking to Chris Wallace?? DVD/Bluray via Amazon

Netflix
Stay up to date with the streaming options of Who’s Talking to Chris Wallace? & other streaming releases