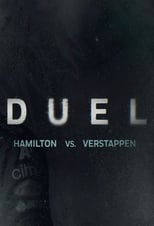 Network Sky Sports Air Date Mar 6th, 2022 A new original Sky Sports documentary telling the definitive story of the astonishing championship fight between Hamilton and Verstappen, featuring exclusive interviews with those at the centre of the epic battles, drama and huge controversy that shaped 2021.

Where can you stream Duel: Hamilton vs Verstappen? DVD/Bluray via Amazon

Netflix
Stay up to date with the streaming options of Duel: Hamilton vs Verstappen & other streaming releases