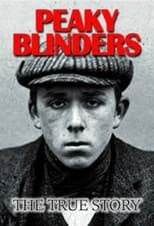 Network BBC One Air Date Mar 7th, 2022 Exploring the mass gang movement that originated in Birmingham and other industrial cities in the 19th century and evolved into modern gangsterism in the early 20th.

Where can you stream The Real Peaky Blinders? DVD/Bluray via Amazon