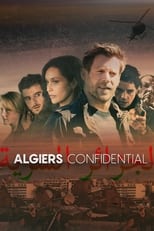 CreatorAbdel Raouf DafriCastKen Duken, Hania Amar & Sofiane ZermaniNetwork Arte Air Date Feb 17th, 2022 When two of his countrymen - arms dealers - are kidnapped, a German police investigator is sent to Algiers in search of them. Beginning a steamy affair with an Algerian prosecutor investigating the case for her country probably wasn't the best idea, but as the pair go deeper, they uncover a corruption scandal testing their loyalty to their nations and to each other.

Where can you stream Ein paar Tage Licht? DVD/Bluray via Amazon